I’ve begun writing about Horizon (HZD) a couple of times over the last three weeks, and gotten maybe half way each time before I decide to finish it later. Then, between starting and finishing what I’ve written I’ll go play a bit more, which changes what I want to say. Even after playing for just a couple of hours there will be a new and amazing thing to discuss, and I don’t particularly want to finish what I started writing previously. It’s not really a problem and wouldn’t even happen if I didn’t procrastinate as much, but there’s so much to say about this game and I don’t want to ignore any of it. Lately I’ve been reading the HZD reddit to see what other people have been enjoying about this game (or not enjoying) and if it lines up with what I’ve been noticing/enjoying during my play through. This has been really rewarding as the community is (surprisingly) supportive and thoughtful about the game. I haven’t had the opportunity to talk to anyone else who has played this game, so perusing the reddit has been a great way to “participate” in the conversation about HZD, even if it is kind of a peripheral means. Writing here (even if it is in stops and start) has also been important to for synthesizing my thoughts about the game. Playing the game, and clicking around the reddit are acts of collecting information about the game, but these pieces only become organized and made into something cohesive through writing (or talking), and with Horizon there is a lot to sort out. That’s all I’m trying to do with this entry specifically, to sort out some of the endgame story/emotional development. I feel a lot of things about it, but don’t know if they are pointed in the right direction. I’ve read a lot of other peoples opinions about the final scene of the game (not including the post credit scene) including an AMA with the voice of Aloy (Ashley Burch) which kind of contradicts my understanding of this scene. I don’t think there is a right or wrong answer (although I’m willing to say mine might be wrong) but I think its maybe what I need to believe. There are some spoilers ahead for HZD. Not necessarily in regard to the conflict at the end of the game, but some things that you/Aloy learns in the middle third(ish) of the game.

After the final boss fight and the scene where the immediate world threatening plot line is dealt with, there is a scene that is kind of unconnected and just lets you know there is (maybe) some sort of peace for Aloy. Sometime after the final battle Aloy discovers and makes her way to Sobeck Ranch. It’s not made clear if this was Elisabet Sobeck’s childhood home or where she lived before the world was overrun by robots. There Aloy discovers Elisabet sitting on a bench preserved in a high-tech suit of armor. Earlier in the game Aloy learned that Elisabet died because she went outside of the GAIA Prime facility to make a crucial repair that preserved the zero dawn project, and kept it hidden from the coming robot swarm. The suit Elisabet wore to go outside would have kept her alive for a while in earth’s inhospitable atmosphere, and so Elisabet made her way back to this place before her passing. This is arguably the moment that Aloy had been training for. What motivated her through the proving, why she left the Nora, and didn’t waver even when her journey was difficult. Aloy’s sole motivation, in the early part of the game was to find where she came from, her mom, her dad, what her heritage is. But once she learns the series of events that precipitated her birth (the signal, GAIA’s destruction), that there isn’t a person waiting at the end whose arms she can fall into, why does she go on? There’s a scene before the final battle where Aloy is preparing to sleep but wonders aloud what kept Rost and Elisabet going when they were faced with the ending of their respective worlds, the same challenge that she now faces. It’s a brief moment of reflection before the plunge, and there is no audible answer before Aloy falls asleep. But (and this is kind of what I have to believe) Aloy’s journey is her reasoning. All the friends she made along the way, who return before the final battle to see and assure her that she is not alone in this fight. The beauty of the world she discovered, as she climbed and ran and fought her way through the Embrace, the Cut, the Sundom, and the Jewel. The process/journey has become its own reason for continuing, provided their own reason for saving it. When she see’s Elisabet on that bench she’s finding her mom, seeing the person who made her life possible, but also the lives of every one she’s met on her way to that point. I’ve started my newgame+ play through and Rost’s (although he’s very hard on her) role in helping Aloy become the person we get the privilege of discovering and spending time with cannot be underestimated. He says to her (after she kills her first Sawtooth) that the person with the strength to stand alone has the strength to make a stand. This is what Aloy is doing at the end. Standing against destruction, surrounded by those she has emboldened through her character and actions. I think learning about Elisabet, her actions and sacrifice to save a world that would be lost to her, about the story that she (Aloy) now continues also is a significant part of Aloy’s character development. So in that final scene Aloy is finding her mom, but she also finding her story, finding courage, and learning how important it is to appreciate the inherent value in life. Aloy is a part of Elisabet’s story, the story of how the world started again because people believed it was worth saving. 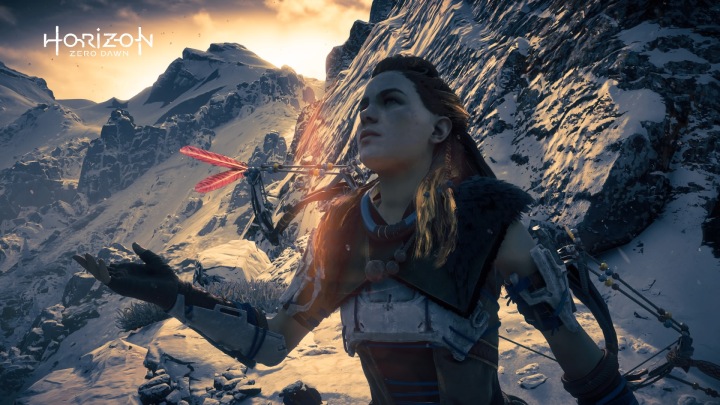 In Elisabet’s clutched hand Aloy finds a globe keychain. Now it’s not made clear if Aloy knows how big the earth is or even that its round (some dialogue from The Frozen Wilds DLC suggests that she might) but from the scene you can see that she understands that this is what Elisabet gave her life to preserve, and that Aloy also fights to preserve. Playing throughout the whole scene is a recovered audio file that Aloy is either hearing as the scene occurs or heard at some point previous (presumably something Aloy recovered with her focus). It is a discussion between Elisabet and GAIA about a lesson she learned from her mom when she accidentally killed some baby birds. I cant totally convey what is captured from the audio (the voice work is particularly exceptional) but Elisabet is telling GAIA how she learned to appreciate life. How mom looked in her eyes and helped her understand that she can be the smartest person in the world, but if she does appreciate and help preserve life’s inherent value, then what is that intelligence worth? It’s a beautiful and worthy ending to a fantastic game, a moment that demands consideration and thought, especially in the context of 2018. I don’t know how will this scene will play in isolation, but if you haven’t played the game and are interested, you can find it here. One final thought about what I took away from all this (and also trying to support my view a little) is that I don’t think Elisabet would have wanted Aloy’s sole motivation to be find out who here mom is. I think she would have wanted her to be the type of person that goes through that type of trying experience, where perhaps more is expected of them than is fair, and come out with love and appreciation for the people and place that she helped save. By the end of this game, that is the person I understand Aloy to be. She is thoughtful and kind, unwavering in her friendship and her confidence, suffers no one, and trusts herself in all things. At the end I have to believe that she knows she does not stand against the coming wave for herself, or Rost, or the Nora, but for all creation.

To any one who has made it this far, thank you. Like I said up top I have been putting off writing this for a while because it’s heavy and I wanted to try and get it “right”, and still may not have done so. If any one wants to read that reddit AMA, here it is again. I think it’s important to provide the alternate understanding of this scene by people who were involved in making the game in order to emphasize that what’s written here is just my understanding. Anyway, I have I have finished the Frozen Wilds DLC and started my newgame+ playthrough (turned off aim assist and the reticule so I am majorly readjusting to the combat). This space will be filled with more Horizon talk in the weeks to come, but for anyone looking for supplemental stuff about the game, the community, or development process check out the links below.

Noclip video game documentary. Is a really detailed, behind the scenes look at Guerrilla Games and their process for making HZD. They get a lot of really good interviews from all different parts of the team. link

VPRO documentary. They get some really good interviews with people at Guerrilla Games and there is some very interesting stuff about the development process. As a whole though this doc is a bit larger in scope, examining the video game industry itself (although sometimes in a bit overly skeptical or patronizing way). link

If you’re looking for shorter behind the scenes look at the development process then this is probably what you want. Includes a lot of beautiful gameplay footage. link

This is a conversation between Neil Druckmann (creative director and now VP of Naughty Dog) and Hermen Hulst (Guerrilla Games managing director). They discuss game development broadly, but also discuss some really interesting specifics related to games they have each worked on. It’s a nice little peak into the industry. link

altTalk discussion with Ashly Burch (the voice of Aloy). Its a very candid relaxed conversation that covers HZD and a bunch of other game related stuff. link

The most precise explainer I could find for the story HZD. If you haven’t played the game or finished it a while ago this is snappy review of the main points that lays out the story broadly. link

That’s everything for now, will be back with more about Horizon soon. 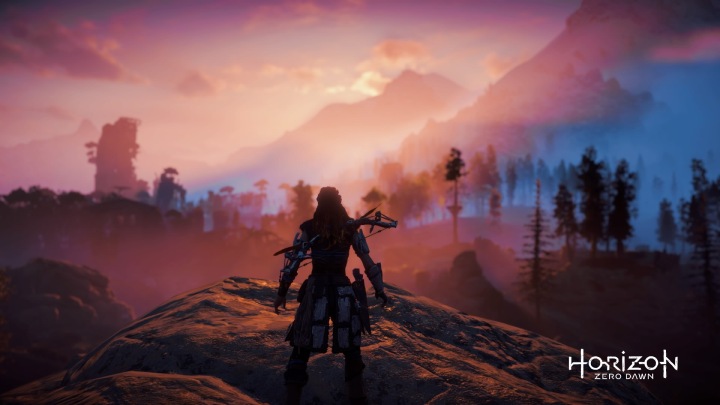 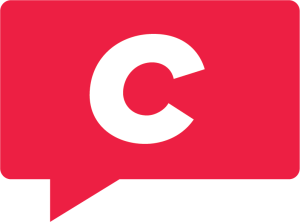